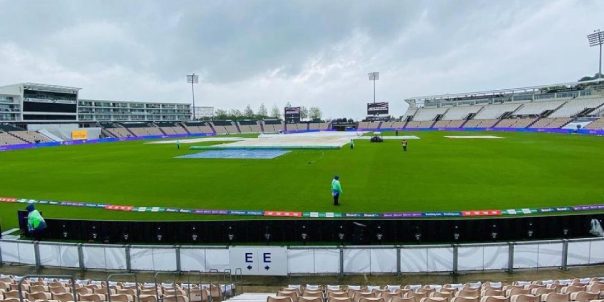 Moans and groans about the inclement weather over the first four days of the World Test Championship final eventually gave way to a pulsating climax as New Zealand clinched victory in the final session by eight wickets and won the inaugural edition of the tournament. Indian fans, of course, wouldn’t have minded a bit more rain on the reserve day – the sixth day of the Test match – once it became clear that Kane Williamson’s men were going to get their hands on the coveted Test mace. But as the dust settles on the final and New Zealand deservedly get the plaudits for coming out on top, there will also be scrutiny on an Indian team that has not won an ICC trophy since 2013. The team made the semifinals of the 2015 and 2019 ODI World Cups, the 2016 T20 World Cup and the final of the 2017 Champions Trophy, but they have fallen short on each occasion.

While India’s inability to win the big matches at ICC tournaments in recent times has rankled with their supporters, the fact is that New Zealand were more suited to English conditions. The surface in Southampton was not too dissimilar from what the Kiwis generally find back home in New Zealand and their swing bowlers were able to exploit these conditions more than the Indian pacers. The likes of Trent Boult and Tim Southee found more movement right through the Test match while the steep bounce that the 6’8” Kyle Jamieson generates has quickly made him an X-factor. He claimed his fifth five-wicket haul in just eight Tests and seems set to take over as the leader of the attack in the near future.

But more than the two sets of bowlers, it was India’s batting in the first session on Wednesday that turned out to be decisive. The sun was out after five days of cloud cover and the conditions were relatively ideal for batting, but the Indian batsmen’s susceptibility to the moving ball continues to plague them. In the second innings, India lost their last seven wickets for just 99 runs after a similar collapse in the first innings.

In recent years, the batsmen have gotten accustomed to the pace and bounce of Australian pitches but continue to struggle in conditions that assist swing or seam movement. The frailty to the moving ball was the main reason for India losing 0-2 to New Zealand in New Zealand last year, and it is also why they have been beaten convincingly in each of their previous three tours to England. A glance at the Indian batsmen’s batting averages in England illustrates their travails.

Cheteshwar Pujara, Ajinkya Rahane and Rishabh Pant average below 30 in English conditions while Virat Kohli averages just 35.63 in England. The conditions in England can be unforgiving to the best batsmen, as minor technical chinks tend to get exposed. The New Zealand seam attack, which has remarkable variety, made full use of the favourable conditions and was able to test the technique of the Indian batsmen with unrelenting accuracy. As India now look ahead to the five-match Test series against England, they will have to figure out a way to tighten up against the swinging ball while also being alert enough to capitalize on the bad balls. They will also be hoping that the England attack doesn’t mount as much pressure as Southee, Boult, Jamieson and Neil Wagner managed to do over the course of this Test.

Even though Kohli made light of the fact that NZ got to play two Tests against England before the WTC final, the match practice did seem to make a difference. The NZ bowlers, for example, seemed to quickly make corrections on the lengths they needed to hit after erring in the first session of Day 2 whereas the Indian bowlers took a little more time to find their lines and lengths. The confidence that NZ must have derived from beating England 1-0 – their first Test series win in England since 1999 – should not be underestimated either.

While the defeat will undoubtedly hurt the Indians – especially after the challenges they overcame to make the final – they can eventually look back with pride at the fact that they were part of the first-ever World Test Championship final. And their presence undoubtedly helped in the final attracting eyeballs, considering the large, cricket-crazy population that they are catering to. Star Sports – the official broadcaster for ICC events – was able to rope in 16 sponsors and more than 30 advertisers for the final despite the current economic situation. The likes of Kohli, Rohit Sharma, Jasprit Bumrah and Rishabh Pant, of course, enjoy superstar status and add excitement to any contest that they are a part of. The ICC also offered exclusive merchandise from the World Test Championship final, offering a range of products from team jerseys and caps to face masks – aptly reflecting the times we live in.

There is possibly a need for some tweaks in the format going ahead – all teams should necessarily play against each other during the two-year cycle for instance – but the context that the WTC has provided to the Test format is welcome. And the prospect of making a final and winning the trophy always adds appeal and relevance, as the past six days have shown us.