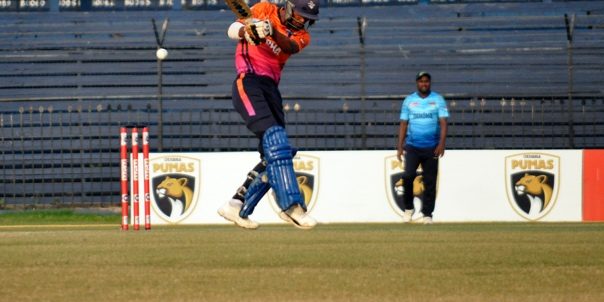 Dream11 will join the tourney as Powered by partner, while Fancode will be official streaming partner.

TCM Sports Management along with Jharkhand State Cricket Association (JSCA) anhas onboarded Karbonn Smartphones as the title sponsor, Dream11 as the Powered by Partner for the recently announced JPL T20. Scheduled to commence on September 15th, the league will be live streamed on multisports aggregator platform FanCode. All matches are scheduled to be played in Ranchi at the JSCA Stadium.

“Our partnership with The JSCA demonstrates our efforts in promoting cricket talent across India. We believe the Jharkhand T20 with the current talent pool will be a spectacular success,” Sudhir Hasija, Managing Director, Karbonn Mobiles, said.

Karbonn Smartphones is an Indian Telecom Company founded in 2009. The Company deals in feature phones, smartphones, tablets, and mobile phone accessories. Their presence is there in Bangladesh, Sri Lanka, Nepal, Middle East, and Europe. They have earlier been title sponsors for 6 seasons of the Karnataka Premier league, another T20 based domestic league based in Karnataka.

The powered by partner, Dream11 is India’s biggest Fantasy Sports platform with over 8 Crore users playing Fantasy Cricket, Football, Kabaddi, Basketball, Hockey, Volleyball, Handball and Baseball. A homegrown Indian company, Dream11 helps Indian sports fans actively engage with and showcase knowledge of the sports they love. Fans can create their own team of real-life players from upcoming matches, score points based on their on-field performance and compete with other fans. In the last few years, Dream11 has partnered with both International and domestic sports leagues. Dream 11 is also the Title Sponsor for the upcoming season of the Indian Premier League.
“Dream11 is glad to partner with the Jharkhand Premier League while continuing to support the growth of domestic cricket in India,” Dream11 spokesperson stated.

The Jharkhand T20 League will have six teams representing six different zones of the state. The six teams will be from Ranchi, Dumka, Dhanbad, Singhbhum, Jamshedpur and Bokaro. JSCA and TCM plan to make the League an annual affair to ensure its twin objectives of focussing on the development of the sport in the state and eventually taking it to the deep pockets of the state.