One of the greatest days ever of Indian Cricket 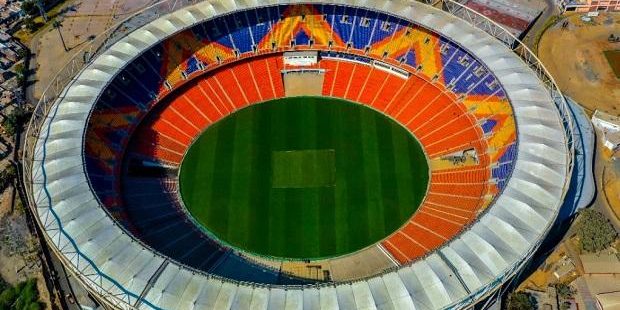 January 19, 2021, will go down in the annals of Indian cricket as one of its greatest days ever. It’s not often that visiting teams go to Australia and come away with a Test series win. For India to do so by chasing down 328 in the final session of the final day of the final Test with a second-string team by the end at the Gabba in Brisbane, where the Australian team had not lost since 1988, illustrates the magnitude of their 2-1 series victory. The win in Melbourne and the draw in Sydney over the past couple of weeks were already beyond expectations, but this Indian team – which has battled injury issues, strict quarantine protocols and racist taunts – has just gone from strength to strength rather than settle for those feats.

It was only in January 2019 that the Indian team claimed its maiden Test series win on Australian soil after 70 years of trying. Two years down the line, the team has undoubtedly eclipsed that achievement. The quality of the cricket that the Indian team has played seems to have also helped casual observers engage with the longest format of the game.

India’s injury travails and absence of key players in this series have been well-documented. But it’s still worth repeating. Virat Kohli went home after the first Test in Adelaide – where India was bundled out for 36 – on paternity leave. Mohammed Shami broke his hand and missed the final three Tests. Umesh Yadav walked off with a calf injury midway through the second Test. R Ashwin couldn’t complete the series due to a back spasm. Ravindra Jadeja, too, copped a blow on his left thumb and had to undergo surgery. Ishant Sharma didn’t even make the trip. Australia, on the other hand, was fielding a nearly full-strength XI unlike two years ago, when Steve Smith and David Warner were absent.

India’s victory should now set the tone for what should be an equally intriguing home series against England. The four-Test series, followed by five T20Is and three ODIs, will mark the return of international cricket to India after a 13-month break due to the Covid-19 pandemic. England, too, will be upbeat after a convincing victory over Sri Lanka in the first Test of the ongoing series. It goes without saying, though, that India will be hot favourites. While India’s overall win-loss record in Tests against England stands at 26-47 with 49 draws, the India-England contest over the years has invariably hinged on home advantage.

The Test series will have implications for the inaugural ICC Test Championship, the final of which will be played at Lord’s in June 2021. While England have their task cut out, the Indian team is in prime contention to be one of two finalists alongside Australia or New Zealand. India are currently on top of the points table with 430 points, which gives them a PCT of 71.67%. They need another 80 points to earn direct qualification for the final instead of depending on the outcome of the South Africa-Australia series. India can achieve that target with a 2-0 series score line.

Kohli, of course, is back for the home series. He will be raring to go after an unusually sedate 2020, a year in which he didn’t score a single century. The Indian captain will be entailed in an intriguing subplot with Joe Root as they look to outdo each other in the battle for the best batsman. In recent times, Root – with an average below 50 – has slipped below Kohli, Steve Smith and Kane Williamson, who are often referred to as the ‘Fab Four’ of contemporary batsmen. The India series provides a good opportunity for Root to reiterate his class as a batsman. Root’s 228 in the first Test against Sri

Lanka should hold him in good stead for the challenges in India. Amid the cheer of international cricket returning to India, the one downside is that spectators will not be allowed inside the stadiums. But it should be perhaps viewed as a minor inconvenience in the larger scheme of things. The authorities probably think it is prudent to take a ‘safety first’ approach and ensure that there is no stumbling block in the very first series. It will only be a matter of time before spectators – who are the lifeblood of any sport – are allowed back into the stadiums to watch their favourite cricketers in action from close proximity.

While fans may have to watch the action from their living rooms, for the time being, the series will offer plenty of talking points. The Indian team will play just its second day-night Test with the pink ball at home, at the newly reconstructed Sardar Patel Stadium in Ahmedabad – which is now the world’s largest cricket stadium with a seating capacity of 110,000 spectators. India played one daynight Test at home against Bangladesh in 2019, but the contest under lights against England will be a different ball game & attract immense eyeballs!